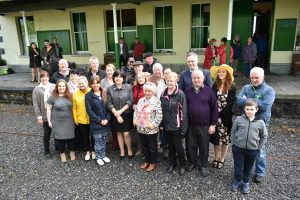 The Ballyglunin Community Development Charity was formally established in 2012. However, a voluntary committee has been in place since 2004. Our goal is to restore the Ballyglunin Train Station and develop a heritage and arts centre at the station which will become an destination for visitors from across the globe. We are working closely with Irish Rail and CIE as well as Galway County Council, National Heritage Council and local academic institutions.

The charity has four directors and 10 members.

Restoration of the Station 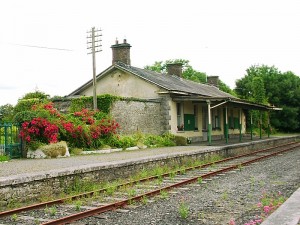 The restoration project is an entirely  community led initiative. All members contribute their time on a voluntary basis. The committee has been humbled by the generous donations of time and effort by local professionals.

The station has significant historical interest as well as being a prime heritage site in the West of Ireland. In a detailed conservation report on the station, John Yates describes the station, ancillary buildings and the site surrounding them as “an outstanding example of a typical late 19th Century Railway Station…”. The report states that “efforts should be made to preserve this character for the future.”

In 2013, the project received full planning permission from Galway County Council to restore the train station. This involved many conservation reports, road traffic reports and engineering reports. This could not have been achieved were it for the generous donation of time by local engineer Mr. Jerry Quirke. Jerry and his team have brought this project to planning and have invested endless hours in perfecting our plans. All of this effort has been done completely without charge.This application includes: